Home appliances are electrical/mechanical machines which accomplish some household functions, such as cooking or cleaning. Home appliances can be classified into:

This division is also noticeable in the maintenance and repair of these kinds of products. Brown goods usually require high technical knowledge and skills (which get more complex with time, such as going from a soldering iron to a hot-air soldering station), while white goods may need more practical skills and "brute force" to manipulate the devices and heavy tools required to repair them.

Given a broad usage, the domestic application attached to "home appliance" is tied to the definition of appliance as "an instrument or device designed for a particular use or function". More specifically, Collins dictionary defines "home appliance" as: "devices or machines, usually electrical, that are in your home and which you use to do jobs such as cleaning or cooking." The broad usage, afforded to the definition allows for nearly any device intended for domestic use to be a home appliance, including consumer electronics as well as stoves, refrigerators, toasters and air conditioners to light bulbs and water well pumps.

While many appliances have existed for centuries, the self-contained electric or gas powered appliances are a uniquely American innovation that emerged in the twentieth century. The development of these appliances is tied the disappearance of full-time domestic servants and the desire to reduce the time consuming activities in pursuit of more recreational time. In the early 1900s, electric and gas appliances included washing machines, water heaters, refrigerators and sewing machines. The invention of Earl Richardson's small electric clothes iron in 1903 gave a small initial boost to the home appliance industry. In the Post–World War II economic expansion, the domestic use of dishwashers, and clothes dryers were part of a shift for convenience. Increasing discretionary income was reflected by a rise in miscellaneous home appliances.

In America during the 1980s, the industry shipped $1.5 billion worth of goods each year and employed over 14,000 workers, with revenues doubling between 1982 and 1990 to $3.3 billion. Throughout this period companies merged and acquired one another to reduce research and production costs and eliminate competitors, resulting in anti-trust legislation.

The United States Department of Energy reviews compliance with the National Appliance Energy Conservation Act of 1987, which required manufacturers to reduce the energy consumption of the appliances by 25% every five years.

Entertainment and information appliances such as: home electronics, TV sets, CD, VCRs and DVD players, camcorders, still cameras, clocks, alarm clocks, video game consoles, HiFi and home cinema, telephones and answering machines are classified as "brown goods". Some such appliances were traditionally finished with genuine or imitation wood. This has become rare but the name has stuck, even for goods that are unlikely ever to have had a wooden case (e.g. camcorders).

Small kitchen appliances: a food processor, a waffle iron, a coffee maker, and an electric kettle

There is a trend of networking home appliances together, and combining their controls and key functions. For instance, energy distribution could be managed more evenly so that when a washing machine is on, an oven can go into a delayed start mode, or vice versa. Or, a washing machine and clothes dryer could share information about load characteristics (gentle/normal, light/full), and synchronize their finish times so the wet laundry does not have to wait before being put in the dryer.

Appliance recycling consists of dismantling waste home appliances and scrapping their parts for reuse. The main types of appliances that are recycled are T.V.s, refrigerators, air conditioners, washing machines, and computers. It involves disassembly, removal of hazardous components and destruction of the equipment to recover materials, generally by shredding, sorting and grading. 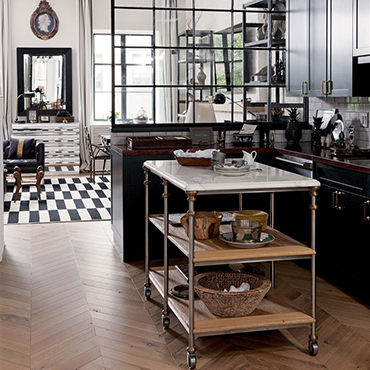 5 kitchen updates that stand the test of time 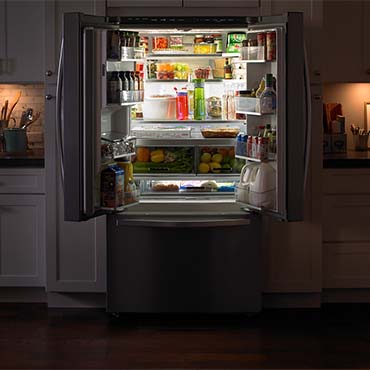 Whirlpool is your trusted source for energy-efficient home appliance information. Resource-friendly appliances are designed to help you save time and energy and even money.Learn More 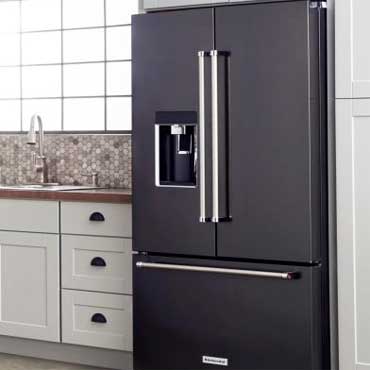 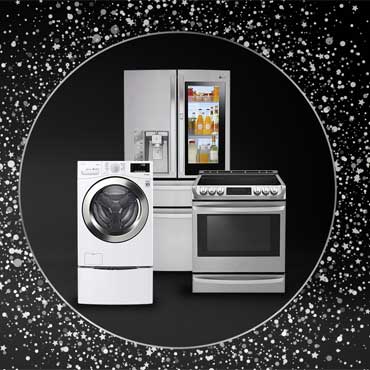 Through strong research and development in appliances and information technologies, LG Electronics has elevated the way appliances are used in daily life.Learn More

At DesignBiz, we want to make sure you find the finest home furnishings when you browse online. You have searched for appliances and this page displays all the info, brands, articles, and videos that we have for appliances. With hundreds of manufacturers and brands to choose from, we want to help you find the perfect solution for your style preferences. Browse through our selection of brands, like Whirlpool® Appliances, KitchenAid® Appliances, LG Home Appliances, Hotpoint® Appliances, and more. If you aren’t finding the brand of appliances you are currently searching for, can try our sponsored links below.