Turkey has a rug-making tradition as old as Persia's, but since most Turks are Sunni Muslims, they observe the Koranic prohibition against the depiction of people and animals rather more strictly than their Shiite neighbors. For this reason their Turkish rug designs are based on geometric motifs, frequently of a prayer niche design. Less rigid Turkish rug designs also exist. For example, the Turkish rugs from Hereke, one of the finest carpet making towns, often use calligraphy as a motif. Turkish rugs also tend to be more coarsely woven than Persian rugs, and are always woven with the Ghiordes knot. The colors most frequently used are red and blue; green, their sacred color, is used on prayer rugs. You'll find Turkish rugs called Koula, Ladik, Bergoma, Milas, or Ghiordes.

Wool is the primary material used to make Turkish rugs. Many rugs are made totally from wool where it is used for both warps and wefts, and wool is the primary weft material used with cotton warps, which accounts for the great majority of all Turkish rugs. This popularity of wool is due to its inherent qualities. It is supple, durable, handles easily when spun or woven, readily takes on dyes and, most important, is in plentiful supply in Turkish rug-making regions. There are certain breeds of sheep, like the merino, whose fleece is especially sought-after for its special luster and length of fiber, but actually it's the domestic fat-tailed sheep bred is favorable climatic and grazing conditions that provides much of the excellent fleece used in Turkish rugs. Whatever the source, however, it behooves the rug maker to use the best wool available to ensure high quality of a rug if it is to be competitive in world markets. It is generally acknowledged by experts that good quality wool is used today in the production of Turkish rugs of repute, thus ensuring them long life - provided they are properly treated.

Turkish rugs employ time tested dye methods that have been passed down from generation to generation. The use of vegetables, barko, roots and other natural items to make dyes has been a well known art for many thousands of years. Madder root, indigo, St. John's wort, onion, saffron, sumac, chamomile, rhubarb, turmeric, sage, poppy, buckthorn, quince, almond, walnut, chestnut and henna are just a few of the long list of natural dye sources, with madder and indigo perhaps the most commonly used. But what makes dyeing with natural pigment sources approach the esoteric is the fact that in order to achieve a particular hue of color the elements of the "brew" must be just right or the resulting shade will be "off" from what was intended. This means that at least three fundamental variables - the quality and amount of the dyeing agent, the quality and temperature of the water and the time allotted to soaking - must be correctly proportioned in a particular application to the wool, a material with a set of variable properties of its own. To this already complicated brew yet another ingredient is usually added, namely a fixative, a bonding agent known as "mordant". It is applied to the wool before, often during, and occasionally after dyeing. Known as mordanting, this process has its ancient roots in China and India, reportedly passing to Europe via Persia and Turkey.

Momeni one of a kind Rugs

Momeni video one of a kind rugs from around the world. All hand knotted vintage rugs 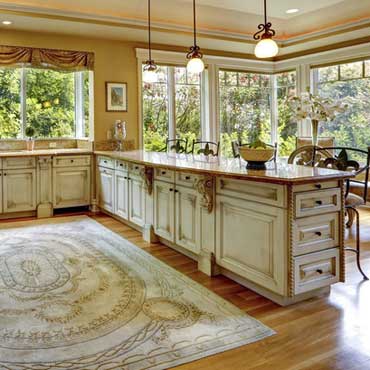 When choosing a Peel 100% wool rug, you'll find that depth of design and quality are foremost in every rug we produce-because a Peel quality assurance director has worked beside the master dyers and weavers who made it; ensuring wool quality; monitoring dye colors; guaranteeing meticulous design integrity; overseeing the finest detail.Learn More

At DesignBiz, we want to make sure you find the finest home furnishings when you browse online. You have searched for turkish rugs and this page displays all the info, brands, articles, and videos that we have for turkish rugs. With hundreds of manufacturers and brands to choose from, we want to help you find the perfect solution for your style preferences. Browse through our selection of brands, like Peel Rugs, and more. If you aren’t finding the brand of turkish rugs you are currently searching for, can try our sponsored links below.